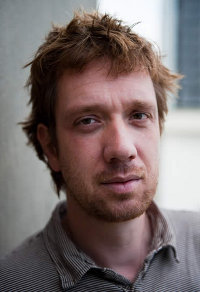 Floris Vermeulen is assistant professor at the department of political science and co-director of the Institute for Migration and Ethnic Studies (IMES) both at the University of Amsterdam. His research focuses on different themes, such as civic and political participation of immigrants on the local level, looking at, among other things. the development of populations of immigrant organizations.

Furthermore he has studied local integration policies and their effects on different domains, for instance by looking at local policies targeting violent extremism. In addition to that he is currently involved in a European research project on the governance of religious diversity. His work is published in several international volumes and journals such as Journal of Ethnic and Migration Studies, Turkish Studies and Urban Studies. Most recent publications are:

Office Address:
University of Amsterdam
Department of Political Science
OZ Achterburgwal 237
1012 DL Amsterdam
+31 20 5252120
E-mail: This email address is being protected from spambots. You need JavaScript enabled to view it.
http://home.medewerker.uva.nl/f.f.vermeulen/